This right here is a Sony a6000 vs Fujifilm X-A2 comparison. And just so you know, both cameras are mirrorless.

However, we know some people do not have enough time to spare to read through the whole article. If you are one of these, please refer to the comparison overview and comparison table sections as they contain really quick information. 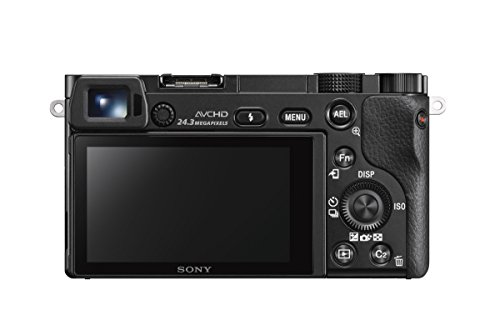 However, we do recommend that you read through the entire article.

Overall Review of the Sony a6000 Vs Fujifilm X-A2

We must say that we are impressed with the two cameras as they possess some intriguing features. However, the Sony a6000 generally does better than the Fujifilm X-A2.

The Sony a6000 is also the better of the two cameras in the aspect of ISO and continuous shooting. This makes it the better camera for the different aspects of photography.

Video coverage is somewhere else where the Sony a6000 does better. The fact that the Sony a6000 camera has the better sensor resolution, frame rate, high ISO and focus points is largely responsible for this.

The Sony a6000 and the Fujifilm X-A2 camera are both affordable cameras. They both have interesting features that justify their respective prices in our opinion.

Sony Corporation is a Japanese multinational company. It has a diversified business system which includes consumer and professional electronics, entertainment and gaming. The company also offers financial services.

Sony is one of the leading manufacturers of electronic products for both consumer and professional markets. It is a leading player in the film industry that has a reputation for producing standard products such as lenses and cameras.

This brand has been around for a long time. It is known for being one of the best cameras in terms of still photography. This company are renowned for making some of the best APC models.

Prices pulled from the Amazon Product Advertising API on:

Which Is Better Under What Circumstance? — Sony a6000 Vs Fujifilm X-A2

It has been proven that professionals prefer the external flash to the other type of flash (n built flash). They claim it helps them to have much more control when they are using flash photography.

Another reason is that an external flash can be used to light up images that are placed far away from it.

In auto bracketing, the first shot of the object is properly exposed, another is underexposed to light, while the third (and last in most cases) is slightly over-exposed to light.

Auto bracketing helps the photographer obtain the best image in such conditions. It also helps to save the battery life of the camera.

Built-in flashes have some advantages associated with them. One of which is the fact that the flash is readily available for use when the need for it arises.

Also, the photographer does not have to bother about additional equipments such as batteries and diffusers as is the case with external flashes.

The Sony a6000 and Fujifilm X-A2 both have good maximum shutter speed. Shutter speed refers to the length of time a camera shutter is left open while framing.

The amount of light that will reach the sensor is controlled by the aperture, ISO and shutter speed. The faster your shutter speed, the easier it would be for you to get clear images of fast moving subjects. Which is why this kind of cameras are necessary for shooting wildlife and sports events.

However, with a fast shutter speed, you give up a lot in terms of exposure (brightness) as the shutter is only open for a short duration.  You could compensate for that, though, by shooting at a high ISO.

The Sony a6000 camera and the Fujifilm X-A2 both have a maximum shutter speed of 1/4000 second which is good enough.

Face detection is simply the ability of the camera to recognize human faces.

This ability helps it to pick out human faces in a congested environment that has other elements that are not needed. The singling out of the human face(s) helps the photographer obtain quality images.

This saves the photographer the stress of having to carry out extensive cropping (in a case where the camera captures all the elements in the congested environment) in a bid to isolate the human face. Doing that would lead to the destruction of the quality of the image.

Having a lightweight camera is usually a good idea if you are looking for something to use every time and carry everywhere.

That said, the Sony a6000 weighs 344 grams while the Fujifilm X-A2 weighs 350 grams. So, both cameras are pretty lightweight.

The Sony a6000 camera and the Fujifilm X-A2 are both mirrorless cameras. Mirrorless cameras are cameras that do not require a reflex mirror. They instead have their imaging sensor exposed to light at all times.

The major strength of mirrorless cameras is the fact that they accept different lenses. They are even compatible with old lenses.

Their compatibility with old lenses is an advantage to the photographers as it helps them save money. They also get to use (rather than throw away or abandon) the lenses they have always used.

In-built wireless connection is an important feature in cameras at this present age as it aids speedy file transfer.

Another benefit that comes with the in-built wireless is the fact that the photographer can get to reach more people in one instance when it is being used to upload files on online platforms.

This format of saving images is the preferred choice for most photographers (most importantly professionals). The reason for this is that the RAW format offers a lot more benefits than the other format (JPEG).

One of the benefits that comes with the RAW format is the fact that it helps to save high quality images. The reason for this is that the RAW format, unlike the JPEG format, saves the image information in an uncompressed form.

Flash coverage refers to the distance to which the flash from the camera can travel effectively.

This is an important feature in digital photography (especially in the aspect of flash photography). It comes in handy in times when there is inadequate lighting.

These screens can be adjusted in different directions.

This means that the photographer can access, control and frame with the camera using a smartphone. But of course, both devices have to be connected via the camera app.

A Viewfinder is the component on the camera which the photographer looks through to compose and focus his or her picture.

Viewfinders play vital roles in obtaining quality image in digital photography. For instance, an electronic viewfinder helps to show additional information concerning an image. This cannot be achieved with just the normal LCD screen of the camera.

The Sony a6000 camera possesses an electronic viewfinder while the Fujifilm X-A2 on the other hand has no viewfinder.

Another advantage about viewfinders is that there is no production of grain in the pictures they are used to shoot even in low light.

The presence of viewfinder in this camera is responsible for the superiority of the Sony a6000 camera to the Fujifilm X-A2 in the aspects of portrait and street photography.

This difference shows in the quality of photos you can get with the cameras. For instance, the Sony a6000 allows for larger prints than the Fujifilm X-A2.

Added to this is the fact that the photographer gets to crop images without fear of distorting the overall quality of the image.

While both cameras have a 1920 by 1080 video resolution, the Sony a6000 does better at recording videos than the Fujifilm X-A2.

The presence of a viewfinder in the Sony a6000 also makes video recording easy.

The Sony a6000 camera has a lowlight ISO rating of 1347 while the Fujifilm X-A2 has no low ISO rating. The Sony a6000 is better in areas where the exposure level is excessive. It ensures that the photographer has a well exposed image.

Low light ISO comes in handy in the sports aspect of photography. This is further proven by the superiority of the Sony a6000 in the aspect of sports photography.

Autofocus points are the points with which the camera focuses on an object or a targeted element. The focus points can also be used to target on the necessary object when framing.

The Sony a6000 has 179 points while the Fujifilm X-A2 has 49 autofocus points. And this difference is pretty significant.

Continuous shooting comes in handy mostly in photography aspects that involves quick movements. It allows the photographer take as many photos as possible in a short frame of time. And this presents them with options which is always a good thing.

In digital and film photography, ISOs are used to measure the sensitivity of the image sensor in photography.

High ISOs are utilized in situations where the quality of light is terrible. They mostly help to obtain quality images in the unlikeliest of situations.

For instance, a photographer that wants to capture the image of an object at night or in a tunnel will have to shoot at a high ISO to improve the exposure level of the image. That in turn affects the overall quality of the image.

When we shoot at high ISO, we allow more light get to the image sensor. This action could help the photographer obtain finer grain in the shots.

Near Field Communication connection uses the principle of magnetic field induction to achieve communication between devices for the purpose of file transfer. This medium of transfer is one that requires that the two devices be within touching distance if the transfer is to be seamless.

The NFC connection is an alternative to the inbuilt wireless connection when a camera lacks other medium of file transfer like bluetooth, wired transfer, etc.

The Sony a6000 has the Near Field Communication connection while it is absent in the Fujifilm X-A2 camera.

What People Think About Both — Sony a6000 Vs Fujifilm X-A2

We have affiliate relationships with the providers (Amazon, Clickbank, etc) of the products, goods and services that are linked to on this page and may be compensated when you buy. But do note that it doesn't increase the cost of the products to you in any way or determine our verdict on a product/service.